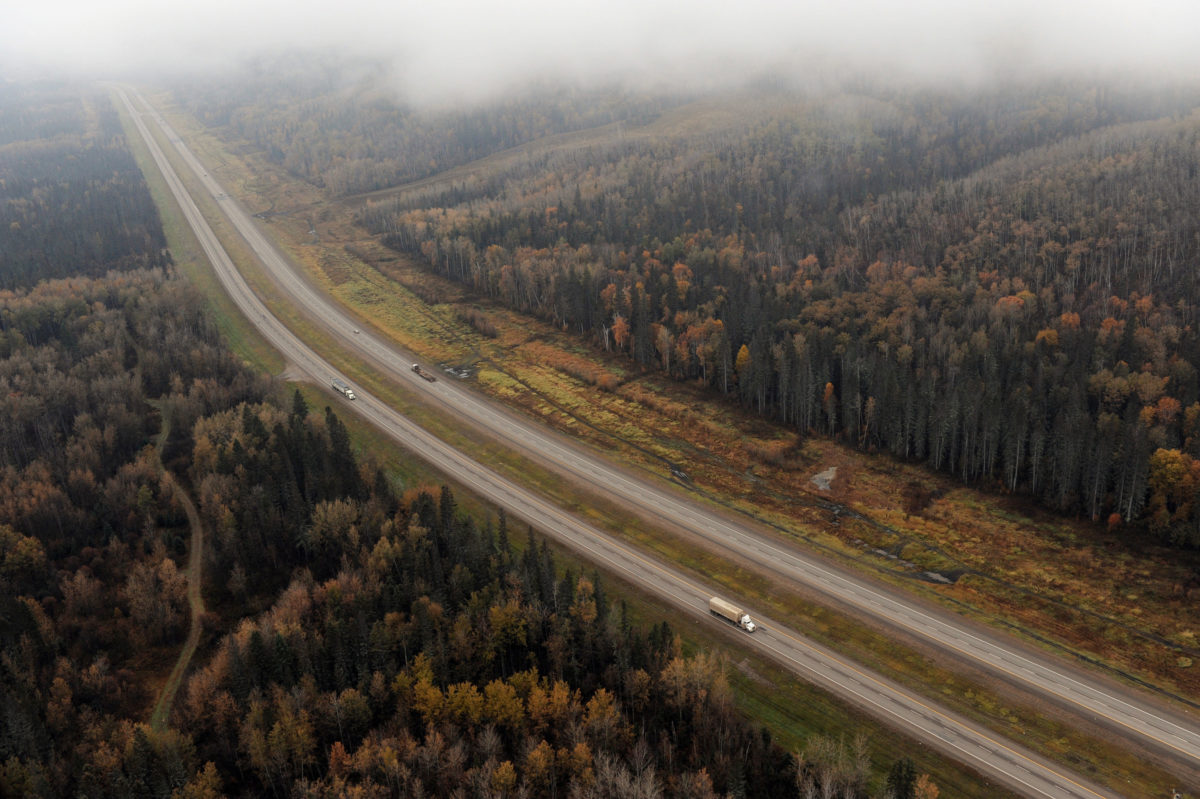 Beginning outside of Radway, Highway 63 passes through the communities of Boyle and Fort McMurray and ends near Fort McKay. It’s 443 kilometers long and connects Alberta’s oil sands region with major trade routes to the south. Highway 63 is the only all-weather highway out of Fort McMurray. This makes it a critical passage for the community and creates a significant volume of traffic.

Hazards Along the Route

Although fully twinned in 2016, Highway 63 is notorious for heavy traffic and vehicle collisions. High commuter volume as well as heavy equipment transports in the Athabasca oil sands area and Fort McMurray region can cause two lanes of the highway to be taken up and traffic to slow.

Weather conditions on Highway 63 can also be extreme in the winter with snow blowing across the open road and temperatures that are frequently below the freezing mark. In the warmer months, there’s an abundance of wildlife that can pose significant danger to drivers since the highway is located in the Boreal Forest Region. In fact, In fact, 40% of all collisions on Highway 63 involve wildlife.

Collisions on Highway 63 are frequent and often deadly. Between 1990 to 2012, at least 149 people died along the highway; 125 of which occurred between Grassland and Fort McMurray. This includes seven people who died in a heartbreaking head-on collision in 2012. These series of fatal accidents prompted the creation of the Coalition to increase awareness and encourage safer driving along Highways 63, 881, 40 and 43.

Preparing for the road conditions and practicing safe driving habits can reduce the potential for collisions on Highway 63.